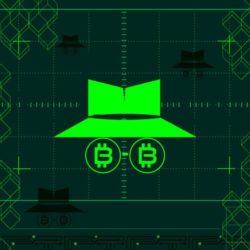 Stephen Hawking said AI “could spell the end of the human race.” Elon Musk called it “humanity’s biggest existential threat” and warned that it would be more dangerous than nuclear weapons.  One way to making AI riskier is to arm it with massive amounts of centrally controlled data. We’re now living in a world that has been destabilized by the misuse of this technology.

Whistleblower Chris Wylie, former head of research for London-based Cambridge Analytica was an insider at the company that misused 50 million Facebook records to manipulate voters and subvert elections around the world since 2013.  In this fascinating interview he gave to Channel 4 in the UK on 17 March 2018, he explains how the firm used algorithms to learn who individuals are, especially their likes and dislikes and what triggers them emotionally.  With that knowledge, Cambridge staff used false information, or in some cases committed crimes themselves in order to sway public opinion.  It turns out that big data is able to identify and manipulate what Wylie called “the human drivers, the unspoken and unconscious hopes and fears” in order to be able to understand and persuade us even better than our own friends and family.

Apparently negative information is so effective that Cambridge Analytica’s CEO Alexander Nix was filmed by Channel 4 journalists admitting to using bribes and sex workers to get dirt on the competition. Nix denied saying what the secret video seems to have captured.

With those facts in mind, it’s surprising how relatively unaware the public is about the referendum on the Sleepwet, the new mass surveillance law.  The Netherlands will have their chance to vote against the legislation tomorrow on 21 March, 2018.

The new Sleepwet calls for

1. A DNA bank where anyone’s genetic information can be secretly maintained by the government;

2. Collection of untargetted communications from monitoring entire neighborhoods to hacking into any of the devices in our homes; and

3. Sharing this information with foreign governments, including oppressive ones, even before it has been analyzed.

Massive sets of data about the citizens of the world are just what AI and our government needs to increase its centralized control.