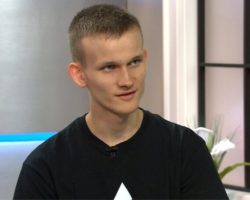 It should go on record that Craig Steven Wright’s claim to be Bitcoin’s inventor Satoshi Nakamoto was quickly and solidly rejected by the Bitcoin Core project:

“There is currently no publicly available cryptographic proof that anyone in particular is Bitcoin’s creator.“

On the same day, prominent security researcher, Dan Kaminsky, put the issue definitively to rest on his blog, concluding, “Yes, this is a scam.  Not maybe.  Not possibly.” and calling Craig Wright “the world’s first cryptographically proven con artist”.

Credit should also be given to Jouke Hofman, topman at Dutch Bitcoin exchange Bitonic BV, who was the first one to check Google and find out that the signature Wright had used was just copied from somewhere else.

So was that the “extraordinary proof” that Mr. Wright promised us?  Apparently, yes.  Three days later, Wright wrote on his website drcraigwright.net (down at the time that this article was posted):

I believed that I could do this. I believed that I could put the years of anonymity and hiding behind me. But, as the events of this week unfolded and I prepared to publish the proof of access to the earliest keys, I broke. I do not have the courage. I cannot. When the rumors began, my qualifications and character were attacked. When those allegations were proven false, new allegations have already begun. I know now that I am not strong enough for this. I know that this weakness will cause great damage to those that have supported me, and particularly to Jon Matonis and Gavin Andresen. I can only hope that their honour and credibility is not irreparably tainted by my actions. They were not deceived, but I know that the world will never believe that now. I can only say I’m sorry. And goodbye.

The New York Times and The Guardian were among the news outlets to cover Wright’s apology.

Both Jon Matonis’ and Gavin Andresen’s reputations have taken serious hits with these revelations.  Not to take anything away from their earlier contributions, but why would they stand behind Craig Wright’s claim without waiting for peer review?  In contrast, when independent digital currency expert Andreas M. Antonopoulos was asked to verify Craig Wright’s claim in private, he correctly refused.  Nobody needed to verify Craig Wright on a private computer, and it’s astounding that Matonis and Andresen did.  That should have been a glaring warning to the media, but they missed the opportunity to get the real story.

Like many of the rest of us, Dan Kaminsky also wondered why “credible people were backing Craig Wright’s increasingly bizarre claims“.  So he mailed Gavin directly:

What is going on here?
There’s clear unambiguous cryptographic evidence of fraud and you’re lending credibility to the idea that a public key operation could should or must remain private?”

Andresen replied “…it was probably a mistake to even start to play the Find Satoshi game, but I DO feel grateful to Satoshi”, an unsatisfying explanation to put it mildly.  Is he saying that feelings of gratitude clouded his judgement?  More than a week later, Andresen’s blog post still hasn’t been retracted or updated:

After spending time with him I am convinced beyond a reasonable doubt: Craig Wright is Satoshi.

Part of that time was spent on a careful cryptographic verification of messages signed with keys that only Satoshi should possess. But even before I witnessed the keys signed and then verified on a clean computer that could not have been tampered with, I was reasonably certain I was sitting next to the Father of Bitcoin.

Compare that statement to that of Emin Gün Sirer, professor at Cornell University, who actually knows Craig Wright:

“Craig Wright is not Satoshi. Could not have been…  Craig hasn’t thought at all about consensus protocols, and could not have told you much about what makes Nakamoto consensus work.”

The Bitcoin Core project has removed Gavin Andresen’s admin status as a result of this episode.

In the digital currency age, cryptographic proof can and should be delivered and verified publicly in cases like these. A previous article on the subject raised the question why Wright would tell the world that he was Satoshi in such a clumsy way.

Wright conveniently timed his Satoshi announcement to be released with the opening of the Consensus 2016 conference in New York City.  New York, it should be noted, one of the world’s leading media and financial centers has also adopted one of the world’s most restrictive — and for the sake of digital currency innovation, consequently one of the world’s worst, regulatory regimes.  On the first day of the conference Internet pioneer Pindar Wong moderated a panel discussion that gave Ethereum creator Vitalik Buterin and Gavin Andresen the opportunity to discuss Craig Steven Wright.  The situation led to the clever inside joke that “It’s odd that Mr. Wong should be the one to ask about Mr. Wright.”  (It turns out that Mr. Wong had also publicly supported Wright at one point.) Here’s the 2 minute, 30 second video of the exchange.

It’s an entertaining clip that may even fuel speculation about attempts to discredit Bitcoin to the benefit of Vitalik’s Ethereum.  As of this writing, one of Ethereum’s newest projects The DAO has raised a record $50 million in crowdfunding via the Ethereum platform.

The big lesson from this hoax doesn’t come from the behavior of Craig Wright or the fallibility of Gavin Andresen, but the willing participation of the media, including the BBC, The Economist and Wired.  They missed an important opportunity to serve the public trust over the click count and failed.

As the saying goes, “Misinformation is often carried by haters, spread by fools, and accepted by idiots.”  The only way to erase a shadow is to shed light on it.  The next time that someone like, say, a journalist, politician, lawyer, or anyone else claiming to be an authority tries to pass on rumors that haven’t been independently publicly verified we should immediately walk away.

We’re living in a time when transparent, decentralized peer review inevitably outshines its centralized, established competitors.  The technology coming from this sector leads the way, and it is in this domain — despite the hoaxes, carnivals and controversies — that the truth will prevail.

An in-depth explanation with cryptographic proof of Craig Steven Wright’s Satoshi hoax can be found here.