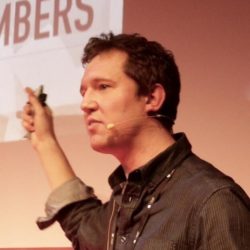 Between 2010 and 2013 former Bitcoin developer Mike Hearn, then a tech lead at Google’s offices in Zurich, Switzerland, designed a security system that was later tapped by the NSA and GCHQ.  The Snowden leaks and other confidential sources to the Washington Post revealed the existence of the surveillance taps in late 2013.

In a piece published by The Guardian in the U.K. a few days later, Hearn publicly complained that the secret surveillance activity amounted to an “industrial scale subversion of the judicial process”.  A few months later, he left Google to work full time on Bitcoin.

Hearn was the original author of bitcoinj, a Bitcoin client library he had built during his 20% time at Google.  Over the years he has also delivered many excellent talks on the cryptocurrency conference circuit and was globally considered an authority on the subject, if not a controversial one.  No stranger to debate, in 2014 Hearn wrote, “I’m somewhat notorious in the Bitcoin community for making radical suggestions, like maybe there exists a tradeoff between privacy and abuse.”  Some of his software contributions to Bitcoin have been criticized for weakening the user’s privacy.

After the Bitcoin XT fork proposed by Hearn and Gavin Andresen was rejected by a majority of users, Hearn declared the Bitcoin experiment dead in January 2016.  He cashed in his bitcoins and took a position with R3, a banking consortium of more than 70 of the world’s banks.  He now serves as Lead Platform Engineer for R3’s permissioned blockchain solution, known as Corda, which Andreas Antonopoulos recently called “a horseless carriage with a horse.”

Corda replaces Bitcoin’s fully decentralized structure with a centralized one that could potentially make the world’s transactional data subject to the control of, say, a foreign government, a corporation on Wall Street or Donald Trump’s administration. Especially notable is the fact that Trump has picked Mike Pompeo, a man who called for “a fundamental upgrade to America’s surveillance capabilities” to be director of the CIA.  Pompeo has also stated that “Legal and bureaucratic impediments to surveillance should be removed.”  Tampering with the blockchain’s decentralized, permissionless governance model, makes it more susceptible to industrial scale abuse, not less.

While it’s hard to say that the addition of more than 70 financial institutions is a bad development for this emerging industry, Corda’s approach may provide governments and corporations around the world a better way to tap into global customer information than ever existed.  It may ironically bring Hearn a lot closer to the NSA and GCHQ than he was when he served at Google.

Some have misread this article to be a suggestion that Hearn had direct involvement with NSA or GCHQ surveillance activity or that he indirectly condones it.  He is quoted by the Guardian as being against the spying activity, but also on the record as being willing to accept compromises to privacy in order to combat criminal activity.  In this regard he’s not far from President Obama, who has said, “We do have to balance this issue of privacy and security… And those who think that security is the only thing and don’t care about privacy also have it wrong.”

This article is not even an attempt to take a side on that particular issue except to state the basic truism that neither the public nor the authorities seem well informed enough to make sensible decisions about it. Until they do, we may need to watch permissioned blockchain experiments like Corda for inevitable security problems and signs of abuse.  Mike Hearn’s position on these points takes nothing away from many other valuable contributions he has made to the industry as well as what he might do in the future.  As many others have acknowledged, he brought a lot of interesting ideas to the discussion and frequently sparked debate, a fact that everyone — either objectively, or regardless of whatever side you take — should be able to respect.