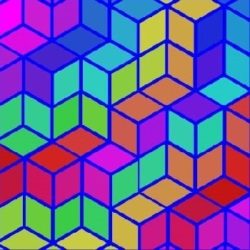 Right now is one of the most exciting times to be involved in the sector. Everyone is talking about it, especially the skeptics. A journalist recently asked me for a Bitcoin price prediction.  I told her that I wouldn’t be surprised if it hit $1 million eventually, which she cleverly tried to make into “$1 billion”, but that aside…

Remember it wasn’t always this way. Just a few years ago, the Bitcoin price plummeted to $200. Still further back, it crashed from $20 to $5 and stayed there long enough for scores of people to give it up for dead. Those who stayed together through the bad times can enjoy the rewards.

It will not always be this way in the future. So do your own due diligence and make sure the glass slipper fits before taking Cinderella home. Even if Bitcoin Wednesday could or did endorse any of the ideas presented at our events, we’d be doing the digital currency revolution in The Netherlands no favors by not encouraging you to think for yourself. Only this way will we continue to have some of the best informed experts in the world.

It is our mission to explore all sides of what may be one of the most exciting tech revolutions of our generation, so you don’t miss it.

Will We Ever See A $1 Million-Dollar Bitcoin?

Disclaimer aside, why wouldn’t a $1 million dollar bitcoin surprise me?  We know that there will never be more than 21 million bitcoins, so arguably it is more scarce than gold.  Recent polls say that less than 2% of Dutch households own cryptocurrency.  That percentage is much lower in most of the world.  At the same time, Bitcoin is already the de facto standard. Still in an experimental phase, but the first and therefore the most tested and proven blockchain. Although there is a lot of innovation in the sector, nothing else comes anywhere close.  As the price rises, as it has throughout 2017, a lot of the value creation will benefit the individuals and communities who have learned to understand and embrace it.  To the extent that policymakers fail and work against it, we still suffer from their short-sightedness.

Will it replace traditional money?  In some special cases, it already has, but it also has many interesting competitors, including early initiatives by governments and banks.  Bitcoin as a substitute for gold or money aside, we have just started scratching the surface when it comes to its non-financial applications.  If and when that aspect starts to catch on, it will be exciting for the sector too.