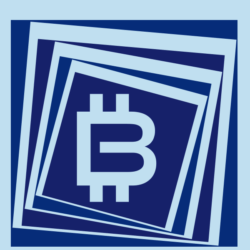 2. The evil side of social media —  centralized data collection and AI — was revealed on 17 March 2018 in the Facebook – Cambridge Analytica scandal.  It now rears its ugly head again.  Not in the Trump-led United States, but in Myanmar.  The United Nations team investigating genocide against the Rohingya Muslims has reported that Facebook has played a “determining role” in inciting racial violence. The BBC quotes the U.N. Special Rapporteur on human rights in Myanmar, Yanghee Lee as follows: “I’m afraid that Facebook has now turned into a beast.”  Myanmar’s head of state, the Nobel laureate Aung San Suu Kyi seems caught up in a political campaign and powerless to stop the killings.

“Blockchain technology” — the buzzword of the day — does not automatically solve these problems.  While promising and revolutionary, many of the (mostly) government- and corporate-sponsored implementations, permissioned, closed-source ledgers could arguably make the situation even worse.  The privacy bill of rights proposed by Barack Obama as well as the EU’s General Data Protection Regulation (that goes into effect in May 2018) should be considered very small steps in the right direction.

3. Yes, the sector is under attack.  The total market cap for cryptocurrencies has declined sharply in the first quarter of 2018.  China has outright banned ICOs, the U.S. has already begun to sharply regulate, and in some cases prosecute offenders.  FB, Twitter, Google and Mailchimp have all announced restrictions on selling and marketing ICOs.  In FB – Cambridge Analytica style, we’re being persuaded that cryptocurrencies are mostly used as tools of speculation or crime.  It is possible to avoid denying that these problems exist, but let’s fully understand the situation through extensive research and open dialogue before jumping into more regulations.

4. It should be noted that Bitcoin Wednesday does not buy, sell or market cryptocurrencies, ICOs or any related projects in any way.  We therefore intentionally do not curate the program, leaving complete responsibility to the public to decide which projects are and aren’t the good ones.  We offer an objective platform to cover all sides of the debate, and always leave it to each individual to take responsibility and come to his or her own conclusions.  If we want a society of citizens prepared to face the challenges of the future, not just poorly educated Trump supporters or Putin’s babushkas, there is no better way.

5. On 2 April 2018 The Wall Street Journal covered the rise of private equity and debt markets.  The article is behind WSJ’s pay wall, so here’s a quick summary:

Telegram held a private sale of its own cryptocurrency, raising $850 million from just 81 individual investors.  But that’s just one example.  An incredible $2.4 Trillion was raised for private deals over the last 12 months, including not just ICOs but traditional private debt and equity.  This grand sum far exceeds the amounts raised in public markets, and much of it comes from debt at a level not seen since before 2008.  Current proposals for regulating ICOs will do nothing to reduce this debt.

6. On the utility token vs. security debate: It seems funny that for the same cryptocoins we were told are worthless, even when we announce that they are worthless, there are regulators who will turn around and say, “No, they are all securities, and you only buy them with the expectation of profit.”  But didn’t they themselves tell us that they were worthless?