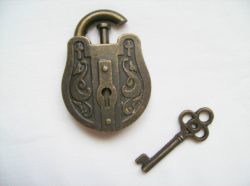 For what seems like centuries we’ve relied on central authorities like large corporations, banks, security forces and governments, to establish the essential conditions for business transactions: security, identity and trust.  Unfortunately, at least since 2008 public trust in many of these institutions has been in dramatic decline, and economic recovery has been weak.

That sets the stage for Bitcoin.  This technology operates without a central authority and can handle security, identity and trust at least to the extent that it has given rise to a thriving, innovative industry since it was released in 2009. Whenever you make a payment over the Internet you want to be sure that it effectively reaches the correct recipient within a reasonable period of time without concern for counterfeiting, theft or fraud.  Technically, Bitcoin offers an intriguing alternative to these issues: There has been a recent resurgence of interest in consumer and enterprise applications for this technology.  The more that business is conducted electronically and globally the more attractive such alternative, open, borderless solutions for security, identity and trust will become.

Public key encryption is one of the building blocks of Bitcoin because it gives us the first critical part of the solution to the problem of trust, identity and security over the Internet without reliance on a middleman — without central institutions, government offices, notarial services or banks.  While we’ve had a basic form of this solution in Phil Zimmermann’s PGP since the early 90s, this system has existed in relative obscurity: For several years after its release the U.S. government classified it as military-grade technology subject to arms export control.  Even after those laws were changed, it’s still hard for the average person to understand and use.

On 5 August 2015, Bitcoin Wednesday will host a PGP/GPG key signing organized by The Netherlands’ digital rights foundation Bits of Freedom and supervised by one of its sponsors Rob van der Wouw.   Rob will give a brief public intro and demonstration of the use of public key encryption and then lead the key signing.

Here you can learn more — and ask your questions — about this cornerstone technology that provides the basis for security, identity and trust in Bitcoin and many other cryptographic systems.  Watch the demonstration and see first hand how we can strengthen the network of trusted keys, and hence the level of business trust within the Dutch digital currency sector.

These events are free, but space is limited and registration is required.  Just click here to register.

If you have a PGP key and would like to participate in the key signing, please fill in this special form.