Bitcoin Wednesday welcomes Adam Cleary, the London-based CEO of Cavenham Capital Limited and a co-founder of NOVASSET Partners, on 6 December 2017 to speak on the building blocks of the token economy and the potentially far-reaching consequences of the industry’s recent growth.

He writes, “Bitcoin has driven exploration in the digital world in the same way that the search for gold previously sparked discoveries in the physical world. Tokens are the natural evolution of this process and are set to change the world dramatically.”

Adam brings expertise in legal structures and jurisdictions that is needed in launching crowd sales and initial coin offerings, or ICOs. Compliance is one of the greatest obstacles. Some countries, such as China, have been blocking new token sales altogether, while many others, including the U.S., are planning much tighter restrictions.

As an investor and entrepreneur, Adam has been involved in the digital currency sector since 2013. He is a founder of NOVASETT Partners, a consulting group focused on the structuring and distribution of ICOs. He founded Cavenham Capital, an investment management firm that is authorized and regulated by the UK Financial Conduct Authority. Adam has worked for ING Bank NV, Mizuho International plc, and Dresdner Bank managing investments and advising on emerging-market debt portfolios. He holds a Bachelor’s Degree and Master’s Degree from the London School of Economics. 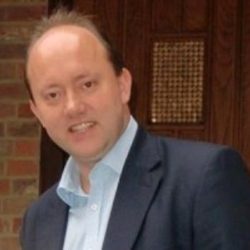