To celebrate the start of 2019 and the 10-year anniversary of Bitcoin’s genesis block during Bitcoin Wednesday on 2 January, 2019, the CTO of zkSNACKS, Adam Ficsor, who works under the alias nopara73, will talk about privacy in Bitcoin and his company’s flagship product, the privacy-oriented Wasabi Wallet.  Wasabi is a free and open source Bitcoin wallet that has integrated Tor, CoinJoin and coin control features.

Adam will give a demo of Wasabi and talk about the basic tech used to create the product.  He will explain the justification behind many of his choices (Bitcoin, .Net Core, Avalonia, Desktop vs Mobile, Tor) and tell a personal story about each item.  He will also briefly show and describe the basic properties of his wallet compared to other wallets, and then focus in on its privacy features, including blockchain analysis, coin control and Chaumian CoinJoin.  Finally, he will cover some future improvement ideas:

Despite the complexity of some of his topics, Adam is able to make technical explanations clear and simple.

Apart from his role as co-founder and CTO of zkSNACKS, Adam is an accomplished developer and among the most active Github contributors in the sector.  For the past 3 years he has worked tirelessly to improve the privacy of Bitcoin.  He has written over 100 articles on privacy and has participated in numerous workshops and conferences on privacy. Adam also designed ZeroLink, the Bitcoin fungibility framework which detailed the Chaumian CoinJoin Bitcoin mixing technique and participated in the creation of the Pay to EndPoint scheme.   He created the Tor library for .NET Core, worked on the early development of the Stratis: Breeze wallet, and created and deployed HiddenWallet, the full block downloading SPV wallet on Bitcoin’s mainnet.  He is a maintainer of NTumbleBit, which is an anonymity protocol for Bitcoin that depends on off-chain payment channels.

In his spare time he contributes to NBitcoin and co-authors the Bitcoin C# book.  He also lost an impressive amount of weight during the past few months with a Ketogenic diet. 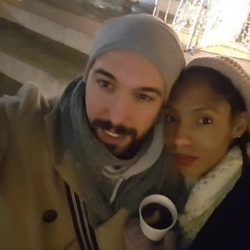