Regulation in the EU for Digital Currency Operators: Practical Implications

Despite the fact that transactions on the Bitcoin blockchain are completely transparent, many politicians around the world continue to mislead the public by calling it anonymous.  Following Donald Trump’s ascent to the White House with promises of crackdowns on criminal immigrants and terrorism, we can expect more people to adopt similar language in other parts of the world.  Many in Europe are already trying to ride the same bandwagon regardless of a lack of concrete evidence of any substantial threat.  In fact, a report released by the UK’s HM Treasury stated “there was little evidence to indicate use by established money laundering specialists or that digital currencies played a role in terrorist financing”.  Europol later released a review in The Hague last year that concluded they could find no evidence that ISIS has been using digital currencies.

At Bitcoin Wednesday on 1 February 16 January, 2017, Adam Vaziri, a lawyer specialized in blockchain and fintech compliance will talk about the various European proposals to regulate digital currency and what they mean for startups in the industry.  Adam is co-founder of Diacle, a consultancy with offices in London and Hong Kong that provides legal and regulatory services for digital currency, fintech and gambling companies.

He is also director and board member of the UK Digital Currency Association, arguably one of the most influential educational nonprofit institutions in the sector and one which has helped guide the UK government toward some of its best blockchain-related policy decisions.  In addition, he has maintained the Bitlegal.io web site that has tracked blockchain law around the world since 2014.  He is the organizer of the HackCoin hackathons held in the UK, India, Malaysia and Hong Kong, and his work has been featured by CNN, Singapore TV, The Financial Times and The Washington Post.

Adam studied at Université Libre de Bruxelles and Cité Scolaire Internationale de Lyon and holds dual law degrees from the Université Robert Schuman of Strasbourg France and the University of Sussex.  He was introduced to Bitcoin by his cousin who had been mining it at home.  He started his career in 2002 as an intern to the Member of  European Parliament, Liz Lynne. 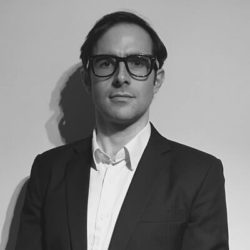