Blockchains For People: Building the Infrastructure for Web3

ChainSafe’s Aidan Hyman will speak at Bitcoin Wednesday on 4 September, 2019 on the subject of building blockchains for people, not only for subject matter experts.  Toronto-based ChainSafe is a contributor to blockchain interoperability.  They are the creators of several notable projects.  For example, they lead development of Ethermint, a deployment of Ethereum on Tendermint using the Cosmos-SDK; Lodestar, a version of Ethereum 2.0 written in TypeScript, which Vitalik Buterin personally supported with a large donation; and Gossamer, a Golang implementation of the Polkadot Runtime Environment, for which they received a grant from the Web3 Foundation.  They also created Weipay, a cryptocurrency wallet that mimics the user experience of credit and debit cards with cryptocurrency so that buyers don’t need access to the Internet, only the seller needs a connection to accept the transaction.

The ChainSafe team met at local meetups in Toronto and launched the new company in 2017.  Aidan, a self-taught developer and a certified Scrum Master, oversees all of the team’s work.  In his spare time he likes to study economics while wearing handmade Linux caps.  He is a strong supporter of and believer in open source software. 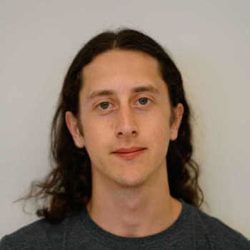