During Bitcoin Wednesday on 6 March, 2019, the founder of Chicago-based bloXroute Labs, Aleksandar Kuzmanovic will talk about his work on building a highly scalable, provably neutral transport layer underneath cryptocurrencies.  In addition to his work at bloXroute, Aleksandar is a Professor of Computer Science at Northwestern University and an authority on Net Neutrality.  His work and his systems on congestion control, traffic analysis, and content distribution have been widely disseminated on the Internet, have found their way to millions of users and have earned him the National Science Foundation’s Career Award.  He is a also member of the steering committee of Google’s Measurement Lab initiative for monitoring global Net Neutrality.

Bitcoin and other cryptocurrencies provide an attractive and exciting alternative form of currency.  To be truly useful for ordinary men and women around the world, cryptocurrencies must scale the number of transactions they can process by a factor of x1,000.  In my presentation I will explain

the key ideas behind bloXroute’s neutral transport layer, and

clarify how bloXroute will help scale all blockchains, allow the entire ecosystem to grow and realize its indisputable potential. 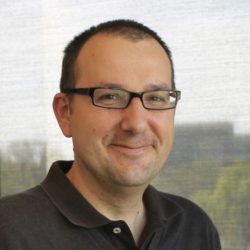