Home » Speakers » From VOIP to MOIP

From VOIP to MOIP

All Roads Lead to Decentralization

During Bitcoin Wednesday on 5 February 2020, Celsius Network’s CEO Alex Mashinsky will give a talk about MOIP, money over Internet Protocol, and decentralized finance.  Alex is a serial entrepreneur and one of the inventors of VOIP.  He is also the founder of seven New York City-based startups, including two of the city’s ten largest venture-backed exits since 2000.  So far he has raised more than $1 billion and exited at valuations of over $3 billion.

Celsius Network is an Ethereum-based cryptocurrency lending platform that pays interest on cryptocurrency deposits and allows its users to take out low-interest loans.  Celsius raised $50 million in an ICO in May 2018.  As of 1 January 2020 it has done $4.25 billion in loan origination with $400 million in assets and more than 53,000 active wallets.

Alex’s presentation will explain how consumer banking will gradually become decentralized, and how we are quietly reaching the tipping point to disruption and mainstream adoption.  His talk will also describe the scenarios in which he thinks decentralized consumer marketplaces will eventually take down big banks.

Alex was born in Israel and graduated from Tel Aviv University with a degree in Economics.  After moving to New York City, he founded Arbinet, the telecom industry’s largest exchange, which was valued at $750 million when it had an IPO in 2004.  He also launched Transit Wireless, the world’s largest DAS LTE wireless system, which serves the 300 NYC underground subway stations.  That company was valued at $1.2 billion at the time of its exit in 2016.  He also served as CEO of Novatel Wireless, a company of 200 employees, which delivers specialized wireless solutions to carriers, including the first 5G device commercially deployed in the US with Verizon in 2016. 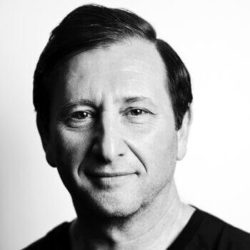