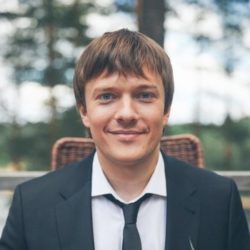 Cryptocurrency pioneer Alexander Chepurnoy, aka kushti, will come to Bitcoin Wednesday on 1 May, 2019 to talk about smart contract innovation.  Alexander has been involved with Bitcoin since 2011 and has been developing cryptocurrency-related software since early 2013.  He used to be a NXT core developer, a smartcontract.com co-founder, and then a research fellow at IOHK. He has co-authored a dozen research papers on blockchain tech, most of which have appeared in in peer-reviewed publications and has a degree from Saint Petersburg National Research University (ITMO).  He is now a Core Developer for a new cryptocurrency, Ergo.

Bitcoin, the world’s first cryptocurrency, brought three major breakthroughs to money as we previously knew it.  In the first place, Bitcoin has a permanent transaction log that is maintained via consensus in a permissionless decentralized network.  This log is an accurate representation of the transaction history of the network as long as a majority of proof-of-work solvers are honest.  In the second place, Bitcoin is arguably the Internet’s first scarce digital resource, a new kind of financial asset.  In the thirdd place, Bitcoin introduced programmability for money so that digital transactions can be governed by rules set down in a script.  In order to spend the bitcoins protected by a script, the user would have to provide a specific input.

Over time we have come to realize that Bitcoin’s scripting capabilities are limited, and therefore, alternative feature-rich cryptocurrencies have emerged, with Ethereum being the most popular.  Ethereum is a smart contract platform in which a specific smart contract is a self-executing entity that can be controlled by code.  However, its abundance of features leads to issues with security and scalability.

Alexander proposes a third approach to smart contracts, a return to Bitcoin’s digital coins, but with small additions that potentially cover 99% of Ethereum’s actual use-cases.  This solution has minimal overhead, meaning no new scalability problems in comparison to Bitcoin, with the ability to operate many useful applications, such as crowdfunding, ICOs and STOs and local exchange trading.  This approach is taken with the Ergo cryptocurrency.  Its blockchain features a block size of just 512 Kb at the moment of launch with two minutes between blocks, but could be re-adjusted via voting by mining; if more than 50% of the miners vote for it during a voting epoch (of 1024 blocks), then the block size can be increased in the next epoch by 1%. 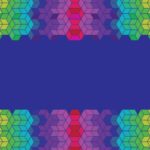 Cryptocurrency pioneer Alexander Chepurnoy, aka kushti, is a Core Developer for a new cryptocurrency, Ergo. He has been involved with Bitcoin since 2011 and has been developing cryptocurrency-related software since early 2013.  He was previously a NXT core developer, a smartcontract.com co-founder, and then a research fellow at IOHK.