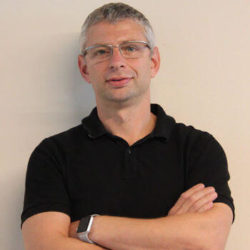 Bitcoin Wednesday celebrates the start of 2019 and the 10-year anniversary of Bitcoin’s genesis block on 2 January, 2019 with a presentation by Beam’s CEO Alexander Zaidelson.  Beam is the world’s second implementation of the privacy-enhancing Mimblewimble protocol.  It is an anonymous coin set to launch before the end of 2018, just a couple of weeks ahead of its competitor Grin.

During Alex’s talk, he will describe how Mimblewimble aims to solve scalability and privacy issues found in other proof-of-work cryptocurrencies.  He will also demonstrate how Beam will deliver a usability-oriented practical cryptocurrency and cover the key similarities and differences between it and Grin.  For example, unlike Grin, the production of Beam is currently managed by the venture-backed, Israel-based Beam Development Ltd.  While there will be no ICO and no pre-mine, 20% of all Beam tokens generated over the first five years will automatically be reserved for founders, investors and a non-profit Foundation, akin to the approach taken by another privacy coin, Zcash.

More than two years have passed since the original Mimblewimble concept was first announced via an anonymous paper submitted to a Bitcoin IRC channel called Bitcoin-wizards.  The paper’s author identified himself only as Tom Elvis Jedusor, an anagram of Je suis Voldemort which will be familiar to French readers of J.K. Rowling’s Harry Potter series.  The name Mimble Wimble comes from a magical spell in the novels that prevents its target from revealing a secret.  Both the names Grin and Beam are themselves purportedly related to the smile left behind by the disappearing Cheshire cat in Alice’s Adventures in Wonderland, in turn an allusion to pure mathematics and quantum mechanics.

Alex is a veteran of the Israeli tech scene.  He started his career as a software developer, and in 2005 co-founded Nareos, a P2P file-sharing startup.  He later launched Wikitup, a desktop dictionary company that was acquired by iMesh.  He also served as VP of Product Management for WeFi, which created big data analytics products for Mobile Network and Multi Service Operators.  Before Beam, he spent two years in the VC industry, investing in Israeli growth- and late-stage companies.  Alexander holds MA in Applied Linguistics from St. Petersburg University and an MBA from Tel Aviv University. 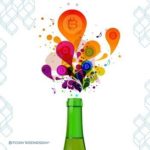 Featuring: Mimblewimble Protocol Explained by Alexander Zaidelson, Iddo Bentov of Spacemesh, Bitcoin Wallet Explained by Adam Ficsor, How To Prove You Forgot Something, Airwave, How is Arbitrage Done on Cryptocurrency Exchanges?

Alexander Zaidelson is CEO of Beam, the world’s second implementation of the anonymous-by-default Mimblewimble protocol. He is a veteran of the Israeli startup scene, was co-founder of the P2P file-sharing company, Nareos, and desktop dictionary, Wikitup, as well as an investor in Israeli growth- and late-stage companies.