Blockchain for the People

During Bitcoin Wednesday on 7 March, 2018, we’ll hear from Waves’ product manager, Alexey Kofman. Waves raised $16 million through a crowd sale held in the spring of 2016, and sports a market cap of $693 million less than two years later.

Alexey will kick off his presentation with a general introduction to Waves for those unfamiliar with the platform in order to give an idea of what Waves is and where it’s heading.  Then he’ll walk us through the current state of development and the upcoming release that will bring smart contracts to the Waves Platform.  Finally, he’ll dive into some of the details for the developers in the room.

He’ll also include the following topics in his talk:

Alexey graduated from the faculty of Mathematics at Ural State University in 2005.  After completing his studies he worked as a software developer on some of the fintech and trading products of Spotware and Deutsche Bank.  In 2017 Alexey joined Waves Platform as a Product Manager, where he is responsible for defining and prioritizing new blockchain features developed by the Waves Core Team. 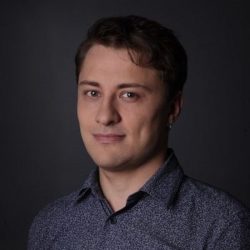