The trio of Annet de Boer, Patrick van der Meijde and Rogier Eijkelhof is the team behind Arnhem-based BitKassa, a Bitcoin payment processor.  BitKassa was designed as a solution to kickstart bitcoin adoption by helping local merchants accept bitcoins in exchange for goods and services in their hometown, which is the capital of the province of Gelderland, a city with 151,000 inhabitants.

Together the three friends made it a mission to be able to pay all of their expenses in Bitcoin, starting in Arnhem but gradually expanding their focus to other cities and countries in Europe. 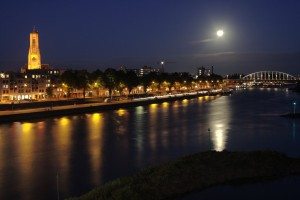 They developed a solution that takes orders in bitcoins and conveniently pays those same orders out to merchants in euro directly on their bank accounts.

With this system they launched the marketing campaign Bitcoin City Arnhem that successfully garnered international media attention and 61 new merchants willing to accept bitcoins.  This initiative put a relatively unknown 13th Century Dutch town on the map as a modern and innovative place to live and work.  As of March 2015, the city of Arnhem had the highest concentration of bitcoin-accepting merchants anywhere in the world. 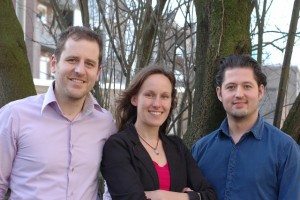 Rogier is a software developer specialize in image processing and graphics software.  He is interested in mathematics, cryptography and digital security, and started using Bitcoin in 2012. He supports digital freedom, and is passionate about the technological revolution inspired by Bitcoin’s blockchain principle.

Patrick is a freelance IT specialist with a focus on Business Intelligence. For the BitKassa team he takes care of customer relations and is a dedicated father and family man.

Annet is a web developer and GIS specialist.  She strives to make Bitcoin and the Blockchain easier for people to understand in order to give people of all ages and backgrounds the opportunity to become better informed.  Her role at Bitkassa is to take care of the websites and social media.