Antoine has been active in the cryptocurrency sector as an investor, advisor and entrepreneur since 2012. Between 2013 and 2015, he developed and led one of the first venture capital vehicles in Switzerland that had an exclusive focus on FinTech. Since then he has been working as a strategic advisor to several Swiss banks on transformation and blockchain-related projects.

Previously, Antoine co-founded Sandbox, a global network for young entrepreneurs and leaders under 30 and the Swiss LegalTech Association. He has been a member of the board of directors for several companies, served as a member of the City Parliament in Lausanne from 2003-2005, and was named among the top 100 Swiss personalities in 2010 and in 2013. He studied law in Fribourg and St. Gallen. 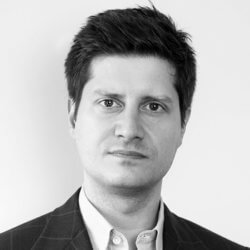