Home » Speakers » Bas Wisselink, Board Member of the Nxt Foundation

Bas Wisselink, Board Member of the Nxt Foundation

During Bitcoin Wednesday on 2 March, 2016, Bas Wisselink spoke about a few of the use cases of Nxt, from document authentication to simple games. He considers Nxt to be one of the most usable crypto platforms that actually works today and is a board member of the Nxt Foundation, as well as its community manager since 2014.

Nxt is a second-generation “Bitcoin 2.0” cryptocurrency, considered one of the innovators among the growing pool of more than 500 cryptocurrencies.  As of February 2016, it has a market cap of about $8 million. The Nxt platform includes its own asset exchange for decentralized trading. It also allows for the creation of user-defined assets and decentralized applications on the NXT blockchain, among many other features.

Bas majored in Theater Studies at the University of Amsterdam and has formed and led two theater companies over a period of 20 years.  He has been on the university faculty in creative events and theatrical technique. He lived and worked in a Buddhist center for two years where he helped the in-house company through a merger with a European distributor of yoga and meditation gear. Bas mixes creative thinking and business, which has lead him to the field of cryptocurrency and blockchain technology. He currently lives and works in Amsterdam. 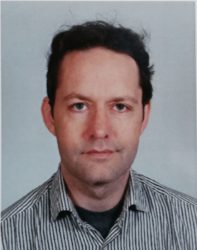