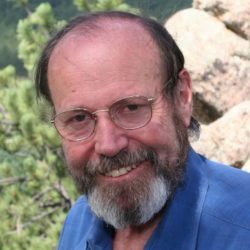 Bitcoin Wednesday on 3 May 2017 featured a special appearance by Bernard Lietaer, one of the world’s authorities on the design and implementation of currency systems.  Mr. Lietaer is a leading thinker in the field of community and complementary currencies.  A video of his presentation can be found here.

An Economist and Professor at Paris-Sorbonne University and Research Fellow at the Berkeley Center for Sustainable Resource Development, Professor Lietaer is author of more than 20 articles in peer-reviewed journals and more than a dozen books on monetary innovation, including The Future of Money, Creating Wealth, People Money and Money and Sustainability.  The latter book, published in 2012, forecasted that “the period 2007-2020 [will be] one of financial turmoil and gradual monetary breakdown.”

He explains that “…our money system is an 18th century legacy information system, rendered quite convoluted and sclerotic by 300 hundred years of use and abuse.”

At the end of the 1960s he did post-graduate work at MIT on how multinational corporations could optimize the management of large numbers of currencies.  This work was one of the very first applications of systems theory to international finance.  In 1971, when President Nixon decided to end international convertibility of the U.S. dollar to gold Lietaer’s research for a number of marginal currencies suddenly became the only systematic research relating to how to deal with all the major currencies in the world.  A major U.S. bank acquired exclusive rights to Lietaer’s approach and hired him to train a team of people to use it.  He subsequently helped the largest mining company in Peru and the Peruvian government with computer models designed to maximize hard currency earnings from mining.

He worked for five years for the National Bank of Belgium where he helped design and implement the European Currency Unit which became the Euro, and served as the President of the Belgian Central Bank’s Electronic Payment System.  Between 1987 and 1991 he was co-founder of one of the world’s first large-scale off-shore currency trading funds, GaiaCorp, whose Gaia Hedge II was one of the world’s top performing managed currency funds. 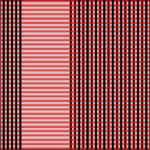 Professor Bernard Lietaer is one of the world’s authorities on the design and implementation of currency systems. He is the author of Money and Sustainability and a leading thinker in the field of community and complementary currencies. He helped design and implement the European Currency Unit which became the Euro, and served as the President of the Belgian Central Bank’s Electronic Payment System.