After the catastrophic failure of Ethereum’s first decentralized autonomous organization, The DAO, in June 2016, we might have suspected that innovation in this new industry segment would decrease.  In fact exactly the opposite has been happening.

During Bitcoin Wednesday’s Special Edition on 19 October, 2016, Wings core developer Boris Povod will announce the upcoming launch of the new Wings DAO-as-a-service platform.  He will be joined by his colleague and head of Marketing, Dominik Zynis, who was Business Development manager for Mastercoin, which later became known as Omni.

Wings gives DAOs a governance layer and social network chatbots to help keep a DAO’s members engaged.  The solution delivers a cross-blockchain virtual machine that supports both Ethereum and Bitcoin Rootstock smart contracts, but is now deploying with Rootstock first.  Rootstock is a sidechain for Bitcoin secured by a federation of some of the largest players in the ecosystem.

Wings plans to reduce exposure to risky contracts with a community assessment feature: Users can forecast a project’s quality as well as how much it will raise.  They can then get rewards for accurate estimates with an approach similar to how a prediction market operates.

Boris Povod is an established blockchain developer who lives near Saint Petersburg, Russia.  Prior to joining Wings, he co-founded Crypti in 2013 and acted as its lead developer.  He also currently serves as a technical advisor for Lisk.  He believes decentralization, cryptocurrencies and the blockchain to be the next natural step in technological advancement.

Starting on 30 October, 2016 the Wings platform will begin to accept early contributions for its tokens, which will also be called wings. 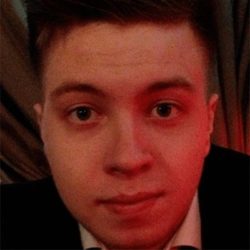