Brett Scott, a journalist and Writer 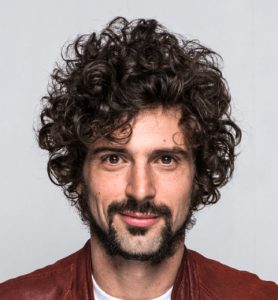 South African writer and journalist Brett Scott will deliver a keynote address at Bitcoin Wednesday on 2 December for the Second Annual Bitcoin Film Festival in The Netherlands.

The festival will be held at one of Amsterdam’s most famous venues, The Melkweg, near the Leidseplein.

Brett Scott is a journalist, campaigner and the author of The Heretic’s Guide to Global Finance: Hacking the Future of Money.  He was the hero (came out very favorably) in the VPRO’s Tegenlicht documentary on “Bitcoin Evangelism” that aired on 26 October 2015.
He works on financial reform, alternative finance and economic activism with a wide variety of NGOs, artists, startups and students.  He writes for publications such as The Guardian, New Scientist, Wired Magazine, Aeon and CNN.com.  He tweets as @suitpossum.

During his interview for the VPRO documentary, which was also one of the very few positive portrayals in the broadcast, he said:

[Bitcoin] is very important in that it forms a counter-power to the existing bank payment system.  So while you can critique Bitcoin as much as you want, I’m always aware that the existing banking system is highly flawed, and I like the fact that this exists as an alternative

What’s happening right now in a lot of the banking scene is this move towards what is called a cashless society, but what that actually means is that every single payment that you undertake has to go via a commercial bank. What this means is that every single transaction you ever do will be monitored and recorded in a [proprietary] database somewhere which means you will always be giving fees  to various credit card companies and so on.  There is also the potential for mass surveillance.

There are all kinds of problems with a cashless society.  In that world something like Bitcoin which is the electronic form of cash or equivalent to cash becomes quite important.

In the one-hour documentary Brett also gave one of the few (arguably) positive characterizations of the digital currency revolution:

It is a different form of Occupy [Wall Street], maybe it’s a follow on of Occupy in some ways.