The Present and Future of Decentralized Broadcasting

For Bitcoin Wednesday’s CoinFest edition on 4 April, 2018 Livepeer’s Creative Director, Chris Hobcroft, will give a demo of a new Ethereum-based infrastructure protocol for streaming video.

Chris’ talk will present some of the innovation being pioneered by Livepeer:

The Livepeer protocol provides a technical standard for the efficient decentralized distribution of live video to a very large number of consumers with economic incentives via the Livepeer token designed to encourage participation in the network.

The Livepeer Media Server is an open source implementation of a media server currently developed in Go.  While the existing web3 decentralized development stack provides solutions for file transfer and payments which would be necessary for a live video platform, critical functionality such as capture and interface, transcoding and processing still needs to be developed.  The Livepeer Media Service delivers the features that DApp developers and broadcasters need to build live functionality into their decentralized applications.

Chris writes, “More than any other time in history, we now live in an era of information sharing.  The smart phones in our pockets are tools that enable near-real-time video sharing with practically anyone else on the planet.  Yet our infrastructure for transmitting data cannot keep up with consumer trends and exploding demands.”

Chris started coding at the age of 5 on a Sinclair ZX Spectrum.  He studied mathematics for a long time, culminating in degree in Computer Science from Cambridge University.  After graduation he spent 10 years working for tech startups in audio machine learning and mobile gaming as well as consulting on media tech infrastructure.  He then travelled extensively and spent most of 2.5 years in India.  Between 2016 and 2018 he settled in Berlin, where he is able to combine his passion for video, blockchain tech, internet, live-streaming, production, cooking and music.  He says, “Technology has come a long way since the ZX Spectrum, but what’s even more exciting is what is still to come.” 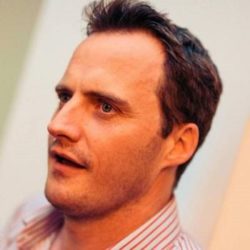