Bitcoin Wednesday is proud to announce a special presentation on 1 November, 2017 by Christian Decker of Blockstream on Bitcoin’s long-awaited Lightning Network.

Bitcoin does not scale because its synchronization mechanism, the blockchain, limits the maximum rate of transactions that the network can process. The Lightning Network not only addresses this scalability issue, but also has other interesting features such as immediate finality of payments, fees proportional to the transferred amount, and increased privacy, since individual transfers no longer persist forever on the Blockchain. These features enable a whole new set of applications that could not be supported by on-chain payments, including machine-to-machine payments, fair content monetization that is not based on ads, and many more.

In Christian’s talk he’ll walk through the basic protocol of Lightning, starting from the simple micro-payment protocol, he’ll then incrementally introduce some of the more advanced topics and finally tackle some open questions.

Christian has been a Bitcoin enthusiast from the very beginning, back in 2009.  He got involved in the, then small, community and started to contribute to it.  In 2012 he was offered a PhD Candidate position in the Distributed Computing Group at ETH Zurich.  The result was the world’s first PhD dissertation about Bitcoin and the creation of a number of protocols including PeerCensus and Duplex Micropayment Channels.

The goal of his current research is to improve the understanding of the underlying consensus mechanisms and to enable the network to scale with increasing demands.  At Blockstream he works on the specification and implementation of Lightning as well as researching other scalability solutions. 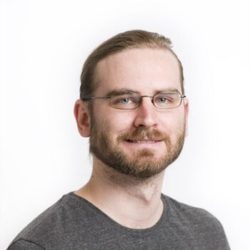