During Bitcoin Wednesday on 4 December 2019, CoinShares Head of Research Christopher Bendiksen will present the findings from his ongoing series on the Bitcoin Mining network.  In June 2019 he reported that 74.1% of Bitcoin mining was driven by renewable energy, arguably making it “more renewables-driven than almost every other large-scale industry in the world.”

More recently, his research has become central to the debate on Bitcoin economics: analysts are increasingly looking at changes in mining metrics to predict what the Bitcoin price might be doing next.  Christopher’s work covers mining trends such as hash rate, equipment efficiency and cost, mining breakeven costs both all-in ROI and cash flow as well as overall network power draw and electricity production mix.

Christopher Bendiksen runs the resarch desk at CoinShares, Europe’s largest digital asset manager and issuer of the pioneering XBT Provider ETNs.  The Exchange Traded Notes track Bitcoin and Ether on Nasdaq Nordic, Litecoin and XRP on NGM as well as the DGLD physically backed gold token.  Christopher is responsible for the full technology stack of the four underlying assets in the CoinShares product suite: Bitcoin, Ethereum, Litecoin and XRP.  Among other outputs, CoinShares Research publishes bi-annual Bitcoin Mining Reports covering the economics, dynamics, energy demands and sources of the Bitcoin mining network. He previously worked in London as a financial analyst, where he covered the oil, gas, shipping and lending markets.  He holds a BA in Biochemistry from University of Tampa in Florida and an MSc in Biophysics from Universitat de Barcelona.  He also studied Psychology at the Norwegian University of Science and Technology. 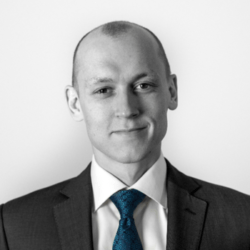