Daniel Hassan is a software engineer for Robin Hood Minor Asset Management, an activist hedge fund in Helsinki that uses technology like the Blockchain to redistribute wealth and make a social impact.

During Bitcoin Wednesday on 7 October, 2015, he will speak about the future of peer-to-peer finance and his experience using Blockchain and distributed autonomous applications to create new financial instruments.  He will give examples of how he believes people “will begin to approach finance as artists with financial technologies as their medium.”

Mr. Hassan has been active in autonomous co-operatives for over a decade, specifically in areas such as economics, housing,  food, migration and unemployment in Australia and the U.K.  He is interested in applying technology to to advance the democratization of finance and to help communities to collectively determine their own living and working conditions.

At Robin Hood he has helped develop a data mining algorithm that replicates the moves of the most successful actors in financial markets.  He is also the developer of Robin Hood’s “Member Market” service which uses the Blockchain to help Robin Hood’s members trade shares with one another.  In addition, he is an important contributor to the EU-funded D-Cent project a privacy aware, decentralised social networking platform for collaboration and decision-making.  He tweets as @dan_mi_sun 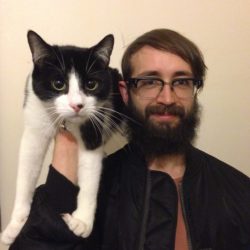