During Bitcoin Wednesday on 1 August, 2018, security researcher David Stainton will present the latest advancements in mix networks, which he believes to be the most practical and efficient anonymity technology.  This technique invented in 1981 by DigiCash creator David Chaum, has generated renewed interest for its resistance to traffic analysis and network surveillance in relation to messaging and cryptocurrency transactions.

Mix networks are a standard for securely transmitting information across a network through a chain of intermediary servers in such a way that messages are shuffled, sent randomly, and encrypted with public keys corresponding to every step in its route.

Like Tor, mix networks protect metadata by using layered encryption and routing packets between a series of independent nodes.  However, despite the fact that they inspired Tor and share some superficial similarities with it, they provide vastly more resistance against powerful adversaries, adding both latency and cover traffic, and including partial defense from global passive attacks. Although academics have proposed various anonymity technologies with better threat models than Tor, when latency and cover traffic are added mix networks remain one of the most effective and pragmatic solutions.

David Stainton is a security researcher, proponent of the cypherpunks movement and anonymity networks for the purpose of enabling greater freedom of communication. He works on the Panoramix project, where he designs and develops the Katzenpost decryption mix network.  He has also volunteered code contributions to Tahoe-LAFS, the Subgraph OS and the Tor Project. 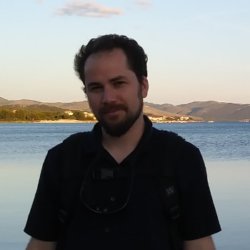