During Bitcoin Wednesday’s 3rd Anniversary celebration on 6 July 2016, Dean Masley will present the Blockchain Education Network (BEN), an association of student blockchain groups representing more than 150 colleges and universities around the world.  The title of Dean’s talk is Crossing the Enthusiasm Gap: How can young Blockchainers make an impact as this emergent industry takes shape?

BEN creates unique experiences to bring together like-minded students from different campuses who are united behind a common interest in the digital currency revolution.  Dean will also announce the creation of the Dutch national chapter of BEN which will be hosted by Bitcoin Wednesday.  One of the initial aims of the Dutch national chapter will be to create a national network of students interested in the blockchain that is open to all of the institutes of higher education throughout the country.

Students interested in learning more about The Blockchain Education Network in The Netherlands can send a mail to hello@BitcoinWednesday.com with BEN in the subject line.

In March 2016 BEN hosted Blockchain Madness a Blockchain trivia contest which pitted North American schools against one another.  In addition to hackathons and online events, we also bring students out to conferences by getting free tickets and paying for group AirBnB accomodations to reduce the cost of their trip.

Dean Masley hopped on the Bitcoin bandwagon in late 2013.  In between classes at the University of Delaware, Dean started by freelancing website development and graphic design for bitcoin, eventually running into other college students building bitcoin clubs on their campuses.  Dean is currently studying Marketing and runs another nonprofit in Baltimore, Unsung.org that redistributes food waste to the homeless through a sharing economy app. 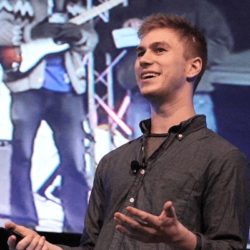