Digital-Token Design and The Next Generation of Community Banking

Since 2016, the global cryptocurrency market capitalization has grown from $10 billion to more than $250 billion.  Yet how many among the record number of new projects have been truly innovative?

At Bitcoin Wednesday on 6 December 2017, Jake Vartanian, founder of Cryptodex and Native Protocol, will talk about the significant experiments in the sector and where he sees opportunities for more innovation.

He writes, “Recent launches such as TokenCard and Bancor Protocol have shown that new possibilities in the design of the economic model itself can both return and create new value for the investor or contributor. In my talk I will address how we can empower communities to embrace these economic paradigms.”  For example, with Bitcoin, one of the factors driving its adoption is the algorithm that generates tokens at a predictable rate and limits their total number to 21 million.

Jake acquired his first Bitcoin in 2011 for less than $1, and has since developed a reputation as marketing consultant and token strategist in the sector.  Through Cryptodex and Habitat Ventures he has helped build sustainable communities in the cryptocurrency market in order to connect contributors ranging from leading-edge companies to cryptocurrency users. He has worked with highly successful blockchain startups including TokenCard, Bancor, and SingularDTV. 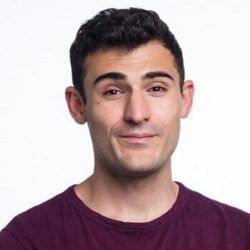