According to the Hive Project white paper the market opportunity for invoice financing, audits and credit scoring is USD $ 3 trillion.  The Hive Project aims to disrupt this market by establishing a decentralized blockchain-based platform for this class of financing.  The team has already raised more than $3 million in a crowd sale that will end on 7 August 2017.

During Bitcoin Wednesday on 2 August 2017, Domen Ursic, Chief Marketing Officer at Hive Project, will give an introduction to Hive’s platform.  He will explain how Hive hopes to revolutionize the invoice financing industry, how blockchain technology can help small- and medium-sized enterprises improve their liquidity, how the ICO works and why someone should participate in it.

Domen Ursic is Chief Marketing Officer at Hive Project. Prior to joining Hive, he worked as the ICO adviser for ICONOMI, and brings his knowledge of both old and new economies to the team. Before his involvement in ICONOMI, Domen provided PR and marketing consultancy services to several domestic and international companies.  He also has a reputation in Slovenia as an adviser to successful political campaigns and elections in the region. 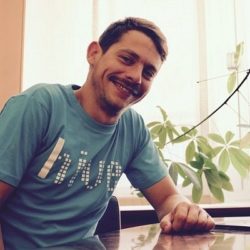