The special edition workshop on Governance and the Blockchain held on 2 December, 2016 will feature Dr. Balázs Bodó, a research scientist and Marie Curie Fellow at the Institute for Information Law (IViR) at the University of Amsterdam.

Dr. Bodó’s research has centered around informal, online and peer-to-peer communities, economics, media regulation, piracy in emerging economies, content distribution and hacktivism.  He has studied the effects of privacy enhancing technologies on anonymous hacktivism, has served as an advisor to many public and private sector organizations on many of these subjects and has authored a book on the role of P2P piracy in Hungary’s cultural ecosystem.  He has written about self-governance in file-sharing communities.

Before coming to the University of Amsterdam, Dr. Bodó was a Fullbright Researcher and a Fellow at Stanford University’s Center for Internet and Society and a Fullbright Fellow at the Berkman Center for Internet and Society and Harvard University.  In Hungary he served as project lead for Creative Commons Hungary.  While he was as an assistant professor at the Budapest University of Technology and Economics, he led the school’s Masters Program in Cultural Industries. 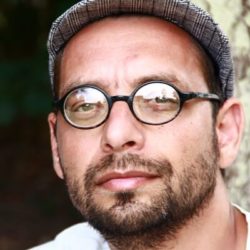