By now most readers will have heard the latest announcements in the media that Craig Steven Wright is the real Satoshi Nakamoto.  We’ve been here a few times before, and each of the previous times the claims have turned out false:

This time its different because two very well known individuals have put their reputations on the line by confirming that Mr. Wright is the real deal.  Those two are none other than Gavin Andresen, formerly the project’s lead developer and currently the chief scientist at the Bitcoin Foundation and Jon Matonis, a former executive director of the same institution.

Even with their corroborations there are substantial cracks in the story:

The Economist, which along with the BBC and GQ broke the story, itself stated that Wright “could well be Mr. Nakamoto, but that important questions remain.” More information is supposedly forthcoming, but the fact that it’s being time-released in a kind of salami-tactic fashion doesn’t inspire much confidence.  Since December 2015 Wright has had four months since he announced himself as Satoshi, maybe enough time to convince Jon Matonis and Gavin Andresen to endorse him, but clearly not enough for everyone.

Then there’s Mr. Wright’s claim that his confession is being made under duress.  Basically, he’s being blackmailed.  The Australian Tax Office has him under investigation.  Could they be trying to force him to sell some of his coins?  The real Satoshi allegedly has so many that if he sold a significant number of them it could potentially cause the price to collapse.  That could be one reason Andresen and Matonis might want to help him.

At the same time a handful of other prominent developers including Jeff Garzik and Peter Todd have already rejected the claims.  Text analysis on Satoshi’s white paper  done a few months ago suggests that Wright isn’t the guy, and that Bitcoin was most likely created by a team.  Considering the breakthroughs that this invention has made possible for us, that’s very likely to be true.

The Craig Steven carnival continues, but it may not be very good for Bitcoin’s reputation in the long run.  In the wake of all the publicity, Dr. Wright is launching a blog in which he intends to dispel the myths and inaccuracies about Bitcoin.

UPDATE: For more on this subject see this article. 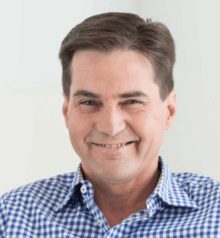