Ella van Kranenburg, a partner at Keijser Van der Velden, returns to Bitcoin Wednesday on 4 December 2019 to talk about the legal implications of outsourcing compliance requirements resulting from the new Dutch Counter Terrorism and Anti-Money Laundering Act. She will be joined by her colleague Peter Laaper, who is one of the country’s experts in outsourcing in the financial sector.

Legislators and supervisors continue to struggle with the phenomenon “virtual currency”.  Some have the tendency to frame businesses in the sector as potentially regulated entities, frequently without consideration for the non-financial applications of the technology.  Four years ago, during Bitcoin Wednesday on 6 January 2016, Ella surveyed the regulatory landscape for digital currency in The Netherlands in comparison to some other European countries and presented her outlook on rules that may be proposed in Europe for virtual currencies in the course of 2016 as a result of the Paris terrorist attacks in 2015.

As of 10 January 2020, her forecast will become reality: Cryptocurrency exchanges and custodial wallet providers are required to register themselves with the DNB, The Central Bank of The Netherlands.  From that moment onward they will also have to adhere to customer due diligence requirements.  A consequence of the new regulations is that many organization in the sector are considering outsourcing this compliance to third parties in order to relieve some of the operational burden.  However, outsourcing these obligations to third parties brings considerable risks and legal, regulatory and financial pitfalls.  While it may be possible to cover some of these risks with insurance or penalty clauses, outsourcing in the financial sector, especially the specific part of the business that is subject to regulation, is a specific legal area that calls for special consideration, as Ella will explain.

Ella believes that the same rules for traditional financial companies should not necessarily be applied to the digital currency sector:

Many of rules currently governing traditional finance are fairly new. Most of these new rules have been driven by specific incidents (for example, the financial crisis and Libor) and often they have been drawn up on an ad hoc basis and they have not been sufficiently thought through. From a long-term perspective, one could also debate whether the current system of rules adequately addresses the risks that became manifest because of these incidents. Many of the financial services regulations that came into place in The Netherlands and the EU since the financial crisis appear to be driven by politics more than expertise and common sense, and constant repairs are required. Additionally, the amount of rules in the financial sector is so immense that parties, including legislators and regulators, have a hard time keeping up with them. The principle of ‘less is more’ clearly, in the view of the EU legislator, does not apply to rules for the financial companies.

Ella is a partner at Keijser Van der Velden, a Dutch niche firm that focuses on financial services regulations, such as the Dutch Financial Supervision Act and anti-money laundering legislation.  She  offers legal assistance to her clients in this area of law, and has been a lawyer in The Netherlands since 1996. Her clients vary from traditional financial institutions to payment service providers and crowdfunding platforms. Ella regularly writes and speaks about financial regulations, including circumstances where such regulations can affect the Fintech industry. 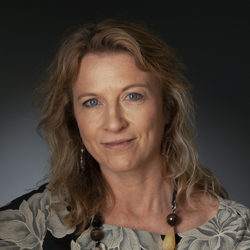