Sycomore: A Distributed Ledger That Self-Adapts to Demand

French distributed systems researcher Emmanuelle Anceaume of INRIA/IRISA plans to present her work on Sycomore at Bitcoin Wednesday.  She writes:

Sycomore is a new way to organize transactions and blocks in order to address performance issues of permissionless distributed ledgers. In contrast to most of the existing solutions in which the ledger is a chain of blocks extracted from either a tree of blocks or graph of blocks, which structurally limits the number of blocks that can appear on the ledger, I propose Sycomore, a balanced, directed acyclic graph (DAG) of blocks.  In my presentation I will show why this new design allows us to have the openness, security, immutability and transparency of Bitcoin while attaining a higher throughput and self-adaptivity to demand for transactions.

Emmanuelle is the lead researcher of Sycomore.  She is affiliated with the French National Center for Scientific Research (CNRS) and works for INRIA / IRISA, a world leader in computer science.  She received her Phd from University Paris-Orsay and conducted post-doctoral research on unreliable failure detectors at Cornell University with Sam Toueg.  Her work has covered dependability and security in dynamic, large-scale systems, and more recently, reputation mechanisms, peer-to-peer systems and blockchain technologies.  She is fascinated with real-world applications of distributed systems. 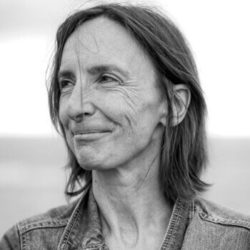