Eric Voskuil of Libbitcoin will speak at Bitcoin Wednesday on 5 June, 2019.  Libbitcoin is an open source high-performance Bitcoin developer toolkit, which was created by Amir Taaki in 2011.  It was written in C++ and has been used by Dark Wallet, Airbitz and Open Bazaar.  Eric is currently its lead developer.  He writes, “Bitcoin is a fundamentally black market money, despite its use in the white market.  My presentation will cover:

Eric regularly speaks at conferences around the world and has worked on Bitcoin since 2014.  He is a serial entrepreneur, angel investor, martial artist, motorcyclist, world traveler, and former fighter pilot for the U.S. Navy.  He was previously a principle architect at Microsoft, holds a degree in computer science from Rensselaer Polytechnic Institute and currently lives in Seattle, Washington. 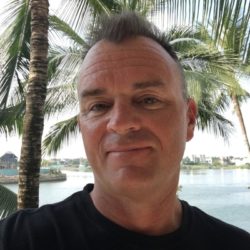