Since Bitcoin was released in 2009 it has been widely recognized as a breakthrough technology as important for society as the invention of the personal computer in 1975 or the World Wide Web in 1993.  One way we can already see this impact is in the breathtaking pace of innovation in the digital currency sector, and in some of the alternative currencies in particular.

One of these innovative alt-coins is the anonymous cryptocurrency Dash, the 6th largest in the world by market cap (at approximately $14 Million) out of a field of more than 500.

Evan Duffield, the creator and lead developer of Dash, will deliver a keynote at the Bitcoin Wednesday conference in Amsterdam on 7 October, 2015.  Evan will announce his team’s highly awaited next-generation system, code-named “Evolution”, and will talk about the features that distinguish Dash from other digital currencies.

One of the features for which Dash is best-known is its built-in privacy, since Dash, unlike Bitcoin, is designed to be completely untraceable.   Dash transactions cannot be tracked.  This anonymity is what caused Wired U.K. to call it “Bitcoin’s nefarious cousin.”

Evan said, “Bitcoin has solved one issue in creating a decentralized economy, but there’s more than one problem to solve.  We want to show innovative components of Dash and the advantages of decentralization.  The questions we aim to answer are:

These are some of the problems that we can solve right now with Dash that Bitcoin currently can’t, at least not as effectively and efficiently as we can.

My presentation will explore the possible applications of the master node network, such as incentives for full nodes, more privacy and instant- or double spend-proof transactions. I will also touch on a new system that will create truly decentralized financing and governance for the project, without the need for foundations or any centralized authorities.

We have built-in anonymity, incentivized full nodes, instant double-spend proof transactions and a decentralized budget system that is capable of funding the expansion/development of the project directly from the blockchain.”

Evan began computer programming at the age of 15 in a small town in Arizona. At the age of 20 he started his career working for various companies such as Wells Fargo, Verizon Wireless, and Warped AI. Through his work he discovered a love of analyzing large amounts of data using large-scale computing and machine learning. His interest in AI lead him to work for various companies that specialized in Social Media for their clients, and focussed on improving their technology.  In 2010 he realized that he had great interest in the world of finance and studied to complete his series 65.  During this study he became obsessed with Bitcoin and its related technologies.  Armed with this new-found knowledge, Evan created Dash to be a privacy-centric cryptocurrency, and he now works on it full time.

Joining Evan at Bitcoin Wednesday will be core team members from around the world: Daniel Diaz, Balázs Király, and Robert Wiecko, who will also give talks about Dash. This gathering of four members of the Dash team for this one event is designed to raise awareness about what makes Dash unique.  The fact that the Dash team has decided to come forward in this way represents a special opportunity to learn more about the extraordinary amount of innovation we’re seeing in this dynamic and vibrant digital currency sector. 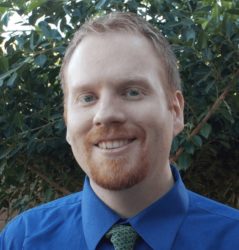