At Bitcoin Wednesday on 7 March, 2018, CEO Evgeny Ponomarev of Fluence will give a presentation on how we can safeguard data privacy in a decentralized world.

Today an overwhelming majority of the world’s data is held by a small group of cloud storage providers.  We keep some of our most sensitive data in these centralized storage systems although they are susceptible to data leaks and to access by third-parties and governments.

A decentralized Uber doesn’t need to know the rider’s exact location to deliver its service.  This information only has to be shared between the rider and the driver. The decentralized web 3.0 rethinks how data is handled. New decentralized apps can be built around the data storage ecosystem, where privacy is protected and a user knows everything that happens with her data.

Fluence plans to launch a token sale in mid-March 2018 to fund its network of independent nodes designed to deliver a decentralized, end-to-end encrypted database service.  The project aims for open, but secure blockchain-based data storage that is highly available and censorship resistant.

As CEO of Fluence, Evgeny Ponomarev is the key decision-maker who is responsible for the production roadmap, HR, and marketing.  He first became involved with cryptocurrencies when he mined his first bitcoins on a CPU in 2011.  He has previously worked on a product with an audience of 20 million users at 2GIS in Russia, and on another project with 250 million users for a telco based in San Francisco. 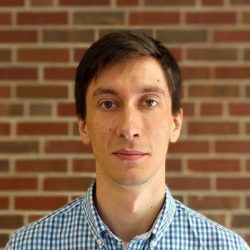