Eyal Hertzog is Bancor’s Chief Architect and Head of Product Development.  During Bitcoin Wednesday on 3 May, 2017 he demonstrated how Bancor can be used to create Ethereum-based community currencies and to conduct crowd sales and bounty programs.

Before coming to Bancor, he founded Contact Networks, one of the first social networks, in 1999, and Metacafe, a pioneer in online video which reached 50 million active users at its peak, in 2003.  He has raised more than $100 million from leading venture capital firms, including Accel, Benchmark, Polaris, DAG Ventures and Highland Capital.

For Bitcoin Wednesday’s Special Edition on 12 April 2017 in Amsterdam, 13 April 2017 in Tilburg and 14 April, 2017 in The Hague, Eyal spoke about some of the business cases for digital currencies, including their use in project crowdfunding, loyalty programs and local community currencies.

The Interview Given On 12 April and

The Video Presentation Delivered by Guy Benartzi on 5 April. 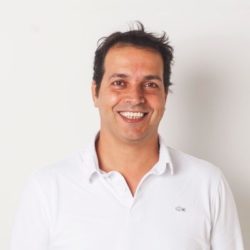