Firat is Lead Developer at IBM’s Benelux Client and Innovation Center. He has been involved in projects in financial services, telecommunications and the automotive supply chain industry. He earned a degree in Computer Science at Sabanci University and holds a Master’s Degree in Software Engineering and Distributed Systems from the University Groningen.  He wrote his Master’s Thesis jointly with IBM on Scalability Evaluation of Hyperledger Fabric Components. 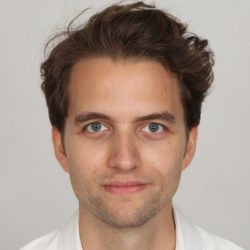