Dutch Internet journalist, radio commentator and presenter, Francisco van Jole, will be the moderator and session chair for the 56th edition of Bitcoin Wednesday on 7 February 2017.  Francisco is the editor of Joop, the news and opinion site of Dutch broadcaster BNN VARA.  He also leads the project BNNVARA-FreedomLab, looking for ways to adapt the broadcasting organisation to future developments. He was previously a presenter for the television program De Wereld Draait Door and Is dat eigenlijk wel zo? and has also made many other appearances on radio and television throughout his career.

He started his professional life in the early 1980s as a photojournalist, but later began to write for magazines and newspapers such as De Tijd, Blvd, The Daily Planet, Personal Computer Magazine and De Volkskrant.  He also wrote the novel Blink inspired by his experiences working for an Internet startup with Planet Internet founder Michiel Frackers.  He was also the creator of a BBS system in the 1980s known as De Zwarte Ster (The Black Star). 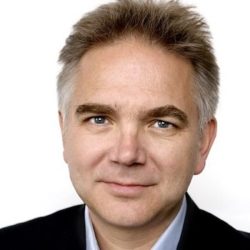