Adel: An Incubator for Blockchain Innovation

At Bitcoin Wednesday on 1 February 2017, co-founder Gabriel Dusil will introduce the Adel blockchain community.  Billing itself as a “blockchain-based startup incubator”, Adel will have characteristics of a decentralized autonomous organization (DAO) that helps online communities conduct campaigns for startup investment.  Adel is built on the Nxt blockchain and make use of Nxt’s new blockchain-as-a-service Ardor platform.  Starting on 1 March 2017, they will launch a crowdsale for Adel tokens, called Adephoi.

In his presentation, Gabriel will explain how Adel’s system plans to design, create and deploy blockchain solutions that cover a wide range of industries.  He will also detail how projects are selected by the community via Adel’s voting system and how successful ventures will generate profits that will either be re-invested to help the project grow or be issued as rewards to Adel’s stakeholders.

Gabriel is a sales and marketing expert with over twenty years experience at senior-level positions for companies such as Motorola, VeriSign, and SecureWorks.  He has a degree in Engineering Physics from the University of McMaster in Ontario, Canada.  In addition to his blockchain expertise, he has in-depth knowledge of cloud computing, IT security and video streaming.

Joining Gabriel at Bitcoin Wednesday are his two co-founders, Michael Vavrek and Jan Lamser.  Michael is an entrepreneur specialized in international business development and project management.  He graduated from Indiana University’s Kelley School of Business with a degree in Finance and International Business.  He is an active cryptocurrency entrepreneur with a background in algorithmic trading strategies for Forex.  Jan served as Senior Executive Officer and Board Member at the number one commercial bank in the Czech Republic, Československá obchodní banka, which is part of the KBC Group.  A business strategist with a reputation for vision and innovation, he is a leading spokesperson for blockchain innovation in Central and Eastern Europe.  He is also an member of the Czech Fintech Association (CEFTAS) and Deputy Chairman of the Instute of Computer Science.  He has also authored several articles on distributed open ledger technology. 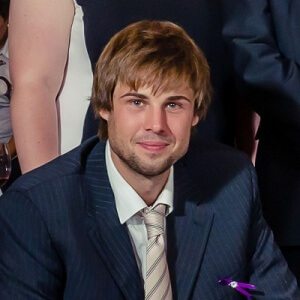 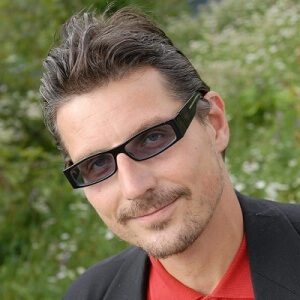 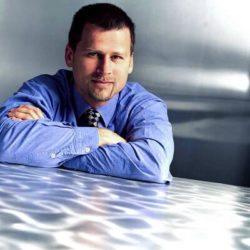