For Bitcoin Wednesday on 4 October 2017, co-founders Hamid Benyahia and Mehdi Amari will talk about barriers to Ethereum mass adoption and give a demo of their solution, Dether.

In the words of Vitalik Buterin, “Decentralization is blockchain’s entire raison d’être.”  The first example, the Bitcoin blockchain was introduced by Satoshi Nakamoto in 2008 as an “Electronic Peer-to-Peer cash system”.  Ethereum was originally designed to allow anyone to build and use unstoppable applications in a way that is — theoretically, at least — censorship resistant and cannot be controlled by a central authority.

In this world it is possible to participate in decentralized autonomous organizations without previously knowing any of the participants. However, buying and selling cryptocurrency for traditional currency remains a centralized process that is long and difficult, and billions of adults are still practically excluded from doing it.

Dether can be installed on any smart phone.  Once you have it you can buy and sell cryptocurrencies without a bank account or spend them at physical stores without a credit or debit card.

Hamid Benyahia is both a Blockchain entrepreneur and a startup coach. He is both French and Algerian.  He founded several companies and started working on blockchain proof-of-concepts for companies of the CAC40 stock index.  He also helped blockchain startup iExec as a contractor.  Before he realized that a solution like Dether is missing, Hamid previously worked on blockchain-based remittance solutions.  He has degrees from both Sciences Po and HEC in Paris. 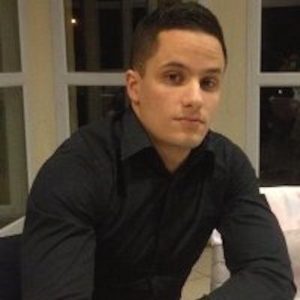 Hamid’s co-founder, Mehdi Amari is a full stack Javascript and Ethereum developer who has been actively involved in the Ethereum community since 2015.  He has previously built blockchain-based applications for the financial sector, including a decentralized marketplace for a French bank and blockchain-based signature software for a French insurance company.  He was a contractor for iExec before becoming the CTO for Dether.  Mehdi has a computer science degree from the Ecole 42 technical university in Paris. 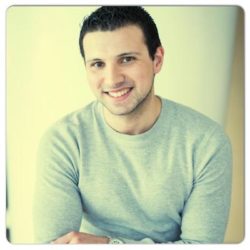