During Bitcoin Wednesday on 4 November, 2015, Harm Aarts, software developer for the Swiss-based Monetas transaction platform will give a presentation on their latest solutions.

Harm has a decade of experience building APIs, with an academic background in both artificial intelligence and economics. Early on in his career as a software development he realized that writing software alone wasn’t enough for him. He founded his own startup in the telecom industry and after three years of hard work sold it. The startup spirit remained strong and he has since worked for several other startups to eventual founded yet an other startup in sustainability (which showed the more typical behavior of failing).

After earning a computer science degree at the University of Utrecht, Harm explored interests in neuroscience, software, telecommunications, big data and gardening in the city.  A strong streak of independence had him tangling with Bitcoin early on. He build his own miner when it was still profitable to do so and lost coins  on MtGox. Now he works as a freelance software developer for Monetas. 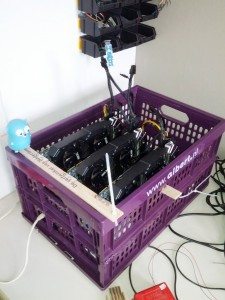 Monetas was founded in the early months of 2013.  Their team is building an advanced transaction platform in which consumers are really in charge of their own assets, merchants can accept currencies at negligible costs, and banks profit from a cheap and scalable system.  In his talk Harm will explain how Monetas achieves these goals and will reveal something about the secret sauce behind it. 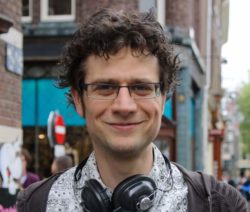