Local Currencies, Their Backing, and The Bitcoin

Long before the first bitcoin was ever mined, communities around the world have been experimenting with alternative currencies.  Henk van Arkel, CEO of Social Trade Organization (STRO), is one of the leaders of this movement.  For Bitcoin Wednesday on 2 August 2017, he will talk about how effective conventional money is for regional economies.  He will also compare alternatives such as Bitcoin, the Bancor Protocol and STRO’s Cyclos rate-technology.

Under Mr. van Arkel’s leadership for the last 30 years, STRO distributed the award-winning Cyclos software used by millions of people and various fintech companies.  The organization developed a reputation for financial innovation and effective regional monetary systems.  As a result, the enterprise expanded to include offices in Uruguay, The Netherlands and Brazil.

Mr. van Arkel is a generalist both in his education (ranging from Social Sciences to Geography) and in his publications which cover topics as diverse as the environment, the economy, money and philosophy. His latest book, Eigen Geld Maken, has sold over 15,000 copies in the Netherlands, and an English version will be published in autumn 2017. He has also developed several monetary tools, of which the main one is being piloted in the Digipay4Growth project.  This work includes such well-known trials such as the Bristol Pound and Sardex in Sardinia. 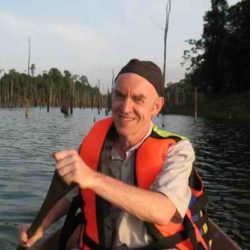