Henk van Cann is co-founder of the Amsterdam-based Blockchain Workspace, a firm specialized in training as well as in proof-of-concept development.  He is also the founder of 2Value, which manages open source web projects.

For Bitcoin Wednesday’s Special Edition on 12 April 2017 in Amsterdam and on 14 April, 2017 in The Hague, Henk will answer questions and give interactive educational presentations for both beginners and educators without relying on technical jargon.  He explains, “Blockchain education will be a constant struggle in the years to come.  As the late Johan Cruyff would say, ‘You see it only if you get it.'”

Van Cann’s talks will include simple explanations of the blockchain for the general public in a way that is designed to show and teach the merits of Bitcoin and Blockchain innovation. His Blockchain Workspace focusses on training a general audience on “how to cope with prejudice about Bitcoin and how to empower novices and non-technical people so that they can assess what is said about the technology all by themselves.

Henk van Cann is a former IT contract manager and project manager who has specialized in open source solutions based on the Joomla and Drupal content management systems.  He was previously managing director of a geographical information systems startup called Adogis which was acquired by Wegener in 1999. He has a Master’s degree in computer science from the University of Amsterdam. 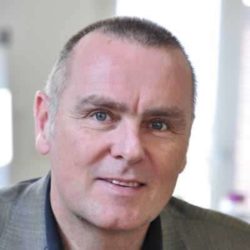