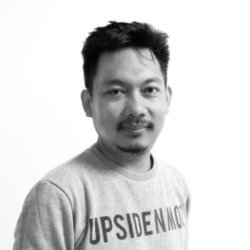 On 1 August, 2018 Bitcoin Wednesday is proud to present Ibrahim Kholilul Rohman from the United Nations University whose work is focused on identifying the potential risks and benefits of Central Bank-issued cryptocurrencies.  Ibrahim is a Research Fellow at the University’s Operating Unit on Policy-Driven Electronic Governance (UNU-EGOV).  The University is the academic and research arm of the UN, which seeks to promote and maintain international cooperation and order.

Ibrahim will propose a critical perspective of the socio-economic implications for Central Banks of adopting Blockchain technology and introducing digital currencies. Through his research at the UNU he aims to highlight limitations, controversies and drawbacks of the use of permissionless distributed ledgers by Central Banks around the world.  In his talk, he will present an illustration from the monetary system as an example of a socio-economic implication.

Among the questions we will discuss:

Ibrahim writes, “The introduction of CBDC is being studied as a counter policy against the emergence of decentralized, permissionless cryptocurrencies.  Our research elaborates the possible problems that CBDC might be trying to solve as well as the potential negative consequences that might arise from this kind of system.  We conclude that the introduction of blockchain technology should be evaluated very carefully in the context of Central Bank-issued digital currencies.

Ibrahim Kholilul Rohman is a Research Fellow at the United Nations University Operating Unit on Policy-Driven Electronic Governance (UNU-EGOV). His research analyzes the relationship between a country’s eGov implementation and its competitiveness. He also investigates the potential role of eGov to combat the rise of shadow economies in developing nations.

Before joining the UNU, Ibrahim worked as a Research Fellow at the Information Society Unit, JRC Directorate Growth and Innovation of the European Commission based in Seville, Spain.  There he was in charge of a project called PREDICT (or Prospective Insights on R&D in ICT) which served as input for Europe’s Digital Progress Report.  During his PhD and post-doctoral periods, he worked on several ICT and telecommunications projects, including an assessment of eGov implementation in Japan and Sweden with NTT DoCoMo, an analysis of telecommunications taxes on Hungarian and Greek economies with Deutsche Telekom and the impact of broadband speed upgrades on households’ income in OECD countries with Ericsson, Arthur D. Little and the European Investment Bank in Luxembourg.

He has written articles in the journal Telecommunications Policy and INFO. He contributed book chapters for Beyond Broadband Access (Edited by Richard D. Taylor, and Amit M. Schejter), Demand for Communications Services Insights and Perspectives (Edited by James Alleman), and Competitiveness of the ASEAN Countries: Corporate and Regulatory Drivers (Edited by Philippe Gugler and Julien Chaisse). He also wrote articles for the Pacific Telecommunications Council (PTC) reports about Myanmar (2013) and Indonesia (2014). 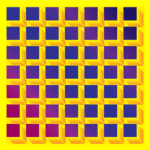 Ibrahim Kholilul Rohman is a Research Fellow at the United Nations University, the academic and research arm of the UN. There, within the Operating Unit on Policy-Driven Electronic Governance (UNU-EGOV), he studies the potential risks and benefits of Central Bank-issued cryptocurrencies.