What is a Stable Chain?

POA Network’s tech lead Igor Barinov will make an appearance at Bitcoin Wednesday on 7 August, 2019.  POA is a public sidechain of Ethereum that attempts to make it less expensive, faster and easier to run smart contracts.  This sidechain relies on a proof-of-authority consensus model which designates a collection of recognized nodes — the authorities — who can create new blocks and secure the blockchain.

The POA team has created Token Bridge, a decentralized application on the POA sidechain, which aims to deliver interoperability between stand-alone blockchains.  This feature will allow digital currencies to be transferred from one blockchain to another in a secure and verifiable way.  In addition, POA has built the xDai Stable Chain, which they claim is the first US dollar stable blockchain.

During Bitcoin Wednesday Igor will give a demo of the xDai Chain.  He writes:

xDai Chain applications will give users fast transactions at very low gas prices.  Since the xDai Stable Chain is Ethereum compatible, data assets can be transferred seamlessly to the Ethereum mainnet, giving backend safety and limitless scaling possibilities.  This synergy between security, stability, scalability and speed opens the door for many exciting applications and new use cases.

Alongside this stable chain POA Network has also launched the POA Zero Knowledge Fund that offers grants for including zero knowledge proofs in applications that support the xDai Chain.  It is their hope that these new services will eventually provide anonymity to users of the xDai Chain.

Igor Barinov is an authority on blockchain scalability who has been working with Ethereum since 2016.  He won blockchain hackathons at Consensus, the Texas Bitcoin Conference, BitHack and Distributed Trade and has lived in Russia, Estonia, Singapore, Israel and the United States.  Before helping to launch POA Network he helped launch Block Notary, a notarial service built with blockchain technology which generates products that are now recognized as self-authenticating evidence based on the State of Vermont’s blockchain application law.  He also built the first Know Your Customer application recognized by the state.  He has a degree in material science from the Russian State Technological University and also studied computer science at Lomonosov Moscow State University and the University of San Francisco. 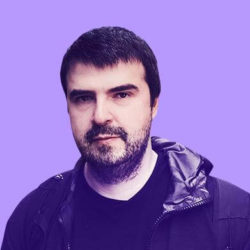