For Bitcoin Wednesday’s 5-Year Anniversary, Ilya Smagin will give a presentation on smart contracts.  Ilya is the head of smart contract development for the Waves Platform.  The project raised $16 million through a crowd sale held in the spring of 2016, and a little more than 2 years later is valued at more than $343 million.

At Bitcoin Wednesday, Ilya will discuss the differences between the various smart contract technologies as well as the future direction of this functionality and the decentralized applications that will be built with it.  He will also begin his talk with an overview of what smart contracts really are.

Ilya received a Master of Science degree in 2011 from the Moscow Institute for Physics and Technology in the Department of Radio Engineering and Cybernetics. He specialized in Applied Mathematics and Neural Networks. He later graduated from the Yandex School of Data Analysis for Computer Science.

During his more than 10 years of international software development experience, Ilya worked for several global financial services firms such as the Spotware forex trading platform, Deutsche Bank and Yandex.  In these roles, he found Scala and functional programming to be very concise and extremely efficient way to deliver business goals. Since joining the Waves team in late 2016, Ilya has been working extensively on major platform optimizations.  He played a major role in the implementation of the Waves NG protocol and currently leads the development of smart contacts. 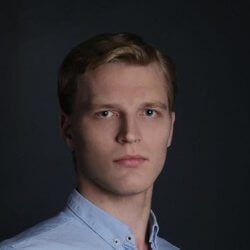