The presentation by Colony co-founder Jack du Rose about the future of teamwork when assisted by decentralized, autonomous applications has been postponed for medical reasons and will be rescheduled for an upcoming Bitcoin Wednesday.

A brief introduction to Colony as a user-friendly infrastructure for self-governance and decentralized, autonomous team management. A short explanation of how work is divided into tasks, how it creates a flexible workload for contributors and opens up the talent pool for getting work done.

Colony is built to minimize voting, but as in any decentralized system, it is essential to have procedures for collective decision-making in place. There are a number of subtleties involved with blockchain-backed voting that Jack will highlight and explain.

Colony is designed to be meritocratic in nature. As such, the system considers more than a user’s token balance. The reputation score system keeps track of all the work the user has done for a colony as well as the managerial tasks performed.

The limitations of Ethereum mean that a lot of the calculations have to be done off-chain. Jack will present a viable method for performing a complex reputation-updating calculation off-chain where only the results are submitted, but the calculation’s integrity is verifiable on chain.

Jack is co-founder of Colony.io, an Ethereum-based system for distributed organizations, and Ownage.io, a platform for distributing, collecting and trading digital game content on the Ethereum blockchain. Prior to Colony, Jack pioneered techniques in Computer Aided Design and 3-D printing for the jewelry industry, where he founded a company specialized in the design and manufacture of high-end jewelry, including Damien Hirst’s $100 million diamond skull, “For the love of God”. 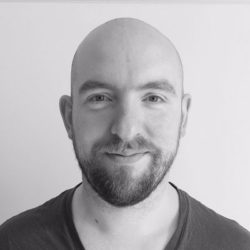