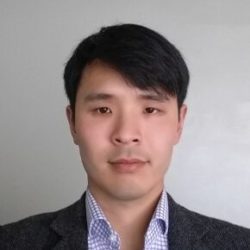 Cosmos: The Network of Blockchains

What if you could safely transfer any token on any other blockchain or change one type of token into another token in the blink of an eye without a trusted third party or centralized exchange? That’s the promise of Cosmos: The Network of Blockchains.

Crypto-economist and blockchain software architect Jae Kwon presents Cosmos and its sister technology Tendermint at Bitcoin Wednesday’s conference on 2 November 2016. Jae’s Cosmos-Tendermint solution won the most innovative prize at the Blockchain Summit’s Demo Day held in Shanghai on 22 September 2016. Cosmos is planning to distribute native staking tokens, called atoms, in a fundraising campaign at the beginning of 2017.

Despite the runaway successes of the Bitcoin and Ethereum blockchains to the tune of $10 billion and $1 billion worldwide markets respectively, innovation continues at a blinding pace. To anyone familiar with the blockchain’s biggest flaws — lack of speed, scale, energy efficiency, interoperability, and effective governance mechanisms — Jae Kwon’s Cosmos and Tendermint solution presents a tantalizing answer.

Tendermint is a consensus engine that in theory can deploy any smart contract or blockchain app written in any language to a secure decentralized network with breakthrough throughput and speed. Cosmos is a network of distributed ledgers based on the Tendermint engine and plugged into a central blockchain called Cosmos hub. The solution resembles a faster version of Blockstream’s sidechains concept with the Cosmos hub replacing Bitcoin at the center, which delivers a more seamless interoperability between blockchains. And if this feature wasn’t enough, Cosmos already implements an improved version of the sharding scalability system promised by Ethereum’s upcoming Casper technology.

During Jae’s keynote he will cover:

Our mission is to create a network of distributed ledgers that will solve long-standing problems in the cryptocurrency and blockchain communities. The Cosmos network consists of many independent, parallel blockchains, called zones, each powered by classical Byzantine fault-tolerant (BFT) consensus protocols like Tendermint.

Some zones act as hubs with respect to other zones, allowing many zones to inter-operate through a shared hub. The architecture is a more general application of the Bitcoin side-chains concept, using classic BFT and Proof-of-Stake algorithms, instead of Proof-of-Work. (See the whitepaper for more details.)

The first blockchain in the Cosmos network is the Cosmos hub. The Cosmos hub connects to zones via the novel IBC (inter-blockchain communication) protocol and keeps a record of the total number of tokens in each zone. Because all inter-zone token transfers go through the Cosmos hub, you can transfer tokens from one zone to another, quickly and securely, without a liquid exchange or a trusted third party between zones. The Cosmos hub can connect to many different kinds of zones, as long as each zone speaks IBC. As a result, Cosmos can support a variety of currencies and scripting languages like those found in Bitcoin, Ethereum, ZeroCash, CryptoNote, and more.

After graduating from Cornell in 2005 with an undergraduate degree in computer science, Jae worked as a software developer in Silicon Valley, first at Alexa/Amazon, then later at Yelp, where he led their mobile app development team. After getting the Bitcoin bug, Jae created the Tendermint BFT consensus algorithm and Tendermint Core blockchain engine to create a provably secure proof-of-stake algorithm, an alternative to proof-of-work mining. In addition to Tendermint, Jae is also the creator of Cosmos, the network of blockchains. 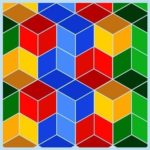 Cosmos: The Network of Blockchains What if you could safely transfer any token on any other blockchain or change one type of token into another token in the blink of […]