Can We Predict the Price of Cryptocurrencies?

An Associate Professor of Strategy at Ivey Business School of Western University in Canada, J.P. has focused his research on blockchain technology since 2014.  His talk will draw on recent research he has conducted which shows that, under certain conditions, we can model the supply of, and demand for cryptocurrencies, and thus estimate how their prices will move in the future.

In particular, I will emphasize that, unlike traditional fiat currencies, cryptocurrency is technology — and thus, price depends on innovation potential. I will then give examples of how improving the underlying software of a cryptocurrency leads to predictable increases in its price.  I will also talk about the role of governance and show that certain forms of decentralization actually hurt the price of a cryptocurrency. This finding is paradoxical since their value resides, at least initially, in the fact that they are decentralized!

Jean-Philippe (J.P.) Vergne is Associate Professor of Strategy at Ivey Business School of Western University in Canada.  He is also Co-Director of the Scotiabank Digital Banking Lab, and Founding Coordinator of the Crypto Capitalism Center.  J.P.’s research examines how organizations that are considered socially contested or illegal affect the birth, death and renewal of industries operating at the vanguard of capitalist economies.  He is the co-author of the book “The Pirate Organization: Lessons from the fringes of Capitalism” (Harvard Business Review Press) about the history of piracy and capitalism.  In 2017 he also published a graphic novel entitled “Deja Vu”, whose chapters were hashed in the Bitcoin blockchain to provide an alternative sequencing of the story.  He has concentrated his research on blockchain technology and FinTech since 2014. 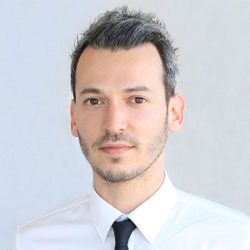